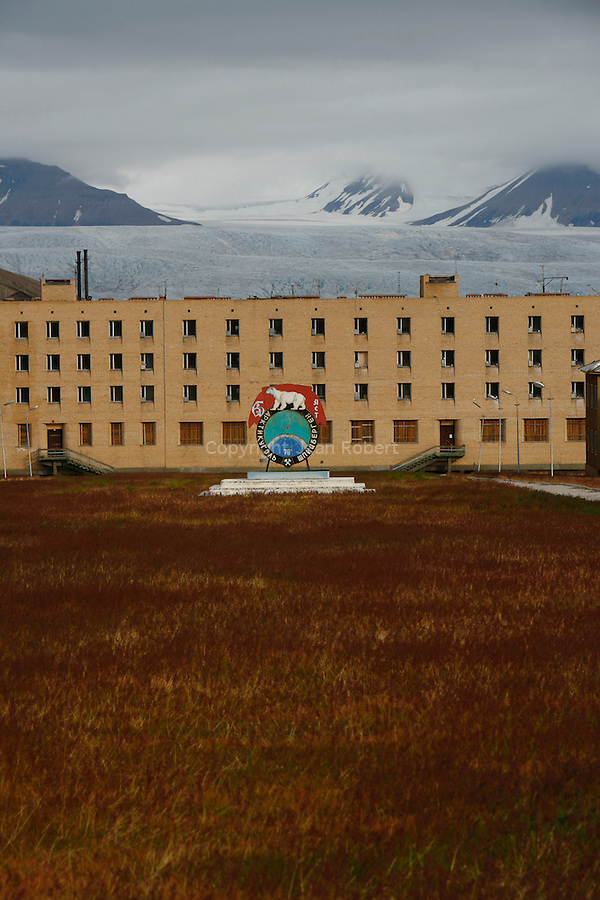 pyramiden svalbard 23.JPG
Pyramiden (Danish, Norwegian and Swedish meaning "the pyramid", Russian: ????????, piramida) is an abandoned Russian settlement and coal mining community on the archipelago of Svalbard, Norway. It was founded by Sweden in 1910 and sold to the Soviet Union in 1927. It lies at the foot of the Billefjorden on the island of Spitsbergen and is named for the pyramid-shaped mountain adjacent to the town.

The settlement once had a population of over 1,000 inhabitants,[1] but was abandoned on 10 January 1998 by its owner, the state-owned Russian company Arktikugol Trust. It is now a ghost town. Within the buildings, things remain largely as they were when the settlement was abandoned in a hurry.

There are no restrictions on visiting Pyramiden, but visitors may not enter any buildings without permission, even if the doors are open, due to the health and safety hazards involved. While most buildings are now locked, breaking into the buildings, vandalism and theft have become a serious threat to Pyramiden.
Jean ROBERT
svalbard pyramiden